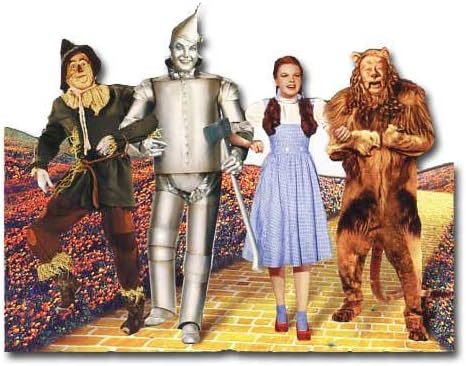 This note card is produced by Paper House Productions and is blank on the interior. The card measures 5x6.5 inches and is printed on recycled heavy cardstock. Includes 1 card and 1 envelope. The card has the following special features: die-cut, recycled paper. From the The Wizard of Oz line of cards. This card is die-cut and printed with soy-based inks on recycled paper. The back of each card is printed with information/trivia pertaining specifically to the front image of the card. Made in the USA.